Qatar is a small desert country which has extremely hot summer and mild winter. It has four seasons, but as rainfall is pretty rare here, there is no rainy season in Qatar. Qatar is a small and flat country; that’s why there is not much difference in climate throughout the country.

Due to the uncertainty of rain in Qatar, and the salinity of the soil, the country is highly dependent on oil and other resources rather than agriculture. If you are in Qatar, you can never expect it will rain in qatar today.

The four seasons of Qatar are Summer, Winter, Autumn and spring. However, there are two basic seasons in the country. December to February is the cooler season in Qatar. And April to October is the warm months of the country. The weather stays hot for almost 8 months a year. The rain falls occasionally in the cooler part of the year.

The official record says that the annual rainfall of the country is below 10 inches or 250 mm. If we compare it with other cities, Mumbai’s average rainfall is

The capital of the country, Doha has an annual rainfall of 75 mm or 3 inches only.

Qatar’s rainfall is rare. It is at an average of only 5.9 mm per month. In March, April, and May’s rainfall occurs now and then. From June to October, the weather becomes extremely dry and hot.

Qatar’s sky is mostly clear, clear, and a little cloudy 93% of the time, and mostly cloudy 7% of the time. In a part of the year, the sky stays relatively cloudy. The cloudier part starts from mid-March and ends around September.

July 28 is the cloudiest day of the year. The average annual amount of rainy days in Qatar is 9 days only.

Does Qatar have snow?

Qatar has one or two records of snowing in the mountain area. But generally, it never snows. So you don’t have to worry about snowfalls in Qatar.

How cold it gets in Qatar?

What is the coolest month in Qatar?

January is the coolest month of Qatar, and the temperature can drop to 14-15° C. 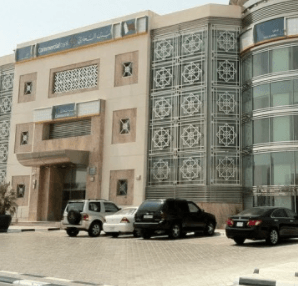