Kuwait is one of the fastest-growing countries in the world. As its an oil-rich nation and it has a road-based transportation system, no wonder that there is one car for 2.25 peoples. However, bus services are also widely utilized because of its availability and reasonability.

Kuwait Public Transportation Company regulates all the transport system of the country. It was established in 1962. The main private bus company is CityBus. It operates 28 rules across the country.

If you want to travel a long distance in the country, Kuwait Gulf Link Public Transport Service is a reliable company. It was established in 2006. You can also visit neighbour countries with it.

There are few more non-major bus companies in Kuwait.

Routes, bus number, and bus stops are the same with all companies. The bus number is an important thing to note. As an example, all the A1 bus goes Avenues from Samaya. Before visiting somewhere, check the bus number of the route.

After buses, taxis are widely used in Kuwait. It’s more comfortable than buses but a bit costly. Still, taxis serve at a  pretty reasonable price. You can get a taxi from the road or by calling a taxi company and get them to pick you up. Taxis are completely safe but if you doubt on the driver, tell him to show his ID.

Taxi fares start at 1.5 and provide a comfortable ride in the cities. But if you want to go far, taxis can cost up to 10 KD per hour. You can negotiate the fares with the driver.

Is there Ubar in Kuwait?

Uber is not available in Kuwait yet. But there are other ride-booking apps like Careem, Q8 Taxi, Grand Limo etc.

Kuwait International Airport is the largest airport in Kuwait. It is used for civil use. It’s located in Kuwait city. There are other military airports in the country. They are- Ahmad al-Jaber Air Base, Ali Al Salem Air Base, Udairi Army Airfield.

Thereis six main port in Kuwait. They are-

Those are all about transportation available in kuwait. Here are some frequently asked questions-

Buses or taxis are the only transport if you don’t have a car.

Busses are the cheapest transport in Kuwait.

No Uber is still unavailable in Kuwait.

Taxis cost 0.5 to 1 KD per kilometres in Kuwait. 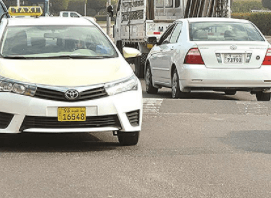